How to Use Interpreters in Litigation 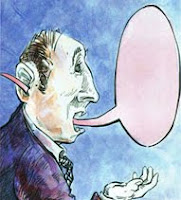 IN A GLOBAL ECONOMY, in which it is increasingly common to have disputes between individuals and companies from around the world, interpreting from a foreign language into English requires significant attention. It is not enough simply to hire an interpreter on someone’s recommendation and then let the interpreter take it from there. On the contrary, there are a number of legal and practical issues that should be considered when using interpreters in the course of litigation.1

The first issue counsel needs to confront is whether to use an interpreter at all. Often there is no choice; it is clear that the client simply cannot testify in English, or the other side’s witness demands an interpreter. Sometimes, however, it is a close call. The witness may not be fluent but can understand and be understood. If there is a genuine dispute between the parties regarding the need for an interpreter, ultimately it is the province of the court to determine.2 More commonly, however, the decision is one of strategy. It is important to make a good decision early in the litigation, since it is difficult to change the approach at trial. A witness who testifies through an interpreter at deposition and then without an interpreter at trial, or vice versa, is likely to lose credibility.

Sometimes counsel automatically insists on an interpreter for his or her client’s deposition simply to play it safe or make things more cumbersome for the other side. However, that approach does not necessarily benefit the client. Counsel should consider various factors. Cost is one; interpreters add expense. In criminal cases, a court is required to appoint an interpreter when necessary for the defendant to communicate. There is no such requirement in civil cases.3 As a consequence, civil litigants must pay for their own interpreters. But strategic considerations almost always are more important than cost.

A major consideration is the importance of the witness communicating directly with the judge or jury, weighed against the importance of the testimony sounding like what the jury expects. When a witness testifies through an interpreter, the time lag between the testimony and the interpretation often disconnects the emotions, gestures, and speech of the witness from the English interpretation. This can reduce the impact of the testimony. Furthermore, it is very difficult for an interpreter to convey the nuances of what the witness means or what the witness’s state of mind is. Truly, much is lost in the translation. On the other hand, a witness who is not reasonably skilled in English probably will not be able to convey nuances or emotions without an interpreter. Moreover, jurors may be jarred by hearing a witness speak with a heavy accent, use unfamiliar idioms, or make errors in vocabulary and grammar, and may be frustrated by having to struggle to understand the witness.

Another factor is whether the witness has been in the United States for a long time or regularly conducts business in English. It is counterproductive for a witness to be thought of as trying to hide behind the interpreter or taking advantage of the extra time that the interpretation takes in order to concoct answers. Similarly, if the witness uses English to speak with his or her attorney (such as in meetings or preparation sessions or at the deposition itself), using an interpreter to speak with opposing counsel in the deposition may make it appear that the witness is playing games. In this regard, counsel deposing a witness who is using an interpreter should ask the witness to testify about his or her use of English. Does the witness use English at home, in business meetings, and in conversations with counsel? This can be a way to undercut the credibility of a witness who uses an interpreter at the deposition.

Although not determinative, some consideration should be given to the fact that using an interpreter at least doubles the time it takes to provide testimony, whether in deposition or at trial. Questions and answers are stated twice (once in each language), objections often are interpreted,4 issues of the accuracy of the interpretation invariably arise and take time, and more frequent breaks are necessary. This can be frustrating and expensive and substantively affect the case if there is a time limit on the witness’s testimony. Judges sometimes do not understand how much extra time is needed for interpreted depositions and may not permit extra time if the other party objects to how long a deposition is taking.

Also, an interpreted deposition permits the attorney somewhat less control. If a deposition is given entirely in English, the attorney can interrupt his or her witness if the witness appears to be heading into a problem, such as revealing privileged information. In an interpreted deposition, the answer can be given (at least in the foreign language) before the attorney has a chance to do anything.5 Even if the interpretation is not provided, the answer will be understood by anyone in the room who understands the foreign language (such as an opposing party), and if the deposition is being taped there will be a recording for possible future use.

Ideally, the interpreter should be fluent in English and the foreign language. However, most interpreters are stronger in one language than the other. In that situation, attorneys are well advised to use an interpreter who is stronger in English than in the foreign language. It is critical to have an English interpretation that a judge or juror will readily understand. After all, the main purpose of the interpretation exercise, as with every other aspect of litigation, is to be able to provide information to the fact finder in a clear, cogent, and understandable manner. That purpose is undermined by having an interpreter speak in halting or stilted English.

Another factor to consider is whether the interpreter is experienced in litigation. Interpreting at a deposition or during trial is quite different from interpreting at a business meeting. The interpreter must be familiar with, and not intimidated by, the adversarial process, including interpreting pointed cross-examination questions, handling arguments between counsel, understanding legal terms, and dealing with an interpreter who checks the first interpreter’s work. Also, a litigation-savvy interpreter is more likely to understand the need to provide precise interpretations, rather than simply conveying the gist of the question or the testimony. Interpreters who primarily handle business meetings are used to conveying the sense of what the speaker intends, taking liberties to interpret what is meant. And this is much easier and safer to do when people are conversing about business issues. In contrast, litigation typically hinges on rather specific events, statements, words, and phrases. More precise interpretations are required. In this regard, it also is important that the interpreter be experienced in seriatim interpretation (providing the interpretation after the statement rather than simultaneously).

Before retaining an interpreter, counsel should interview the candidate, in person if possible. If counsel has access to someone who is fluent in, or at least knowledgeable about, the foreign language at issue, include that person in the interview. Even with an interview, it may be difficult to gauge the interpreter’s skills in the foreign language. At the least, confirm that the interpreter’s English is strong, so that the interpretations will be understandable, that the candidate will be able to get along with you and others involved in the case and survive the ups and downs of litigation, and that the candidate will be generally available for assignments so that you do not need multiple interpreters working on the case. Speaking to other attorneys who have used the interpreter will help in considering these factors.

After selecting a primary interpreter, it is good practice to identify a backup interpreter. Having another interpreter preselected will help in the event that the primary interpreter is not available or is unacceptable to opposing counsel, or a checking interpreter is needed, or other circumstances arise that prevent using the first choice.
______________________________________________________
1 The terms “interpreter” and ” translator ” often are used interchangeab1r. However, an interpreter is one who takes the meaning of oral statements (such as testimony) from one language to another, while a translator is one who takes the meaning of written statements (such as documents) from one language to another. See Evid. Code §751(a) (interpreter required to “make a true interpretation of the witness’ answers”) and §751(c) (translator required to “make a true translation …of any writing”).
2 Hilbert v. Kundicoff, 204 Cal. 485 (1928).
3 See Jara v. Municipal Court, 21 Cal. 3d 181 (1978).
4 See Standards of Judicial Administration, Standard 2.11(a)(11).
5 Once an answer is given, an interpretation may be required. See People v. Wong Ah Bank, 65 Cal. 305 (1884) (It is the duty of the interpreter to report every statement made by the witness; the court should require strict compliance with this requirement.).
6 At the end of 2007, the languages designated by the Judicial Council were Arabic, Cantonese, Eastern Armenian, Western Armenian, Japanese, Korean, Mandarin, Portuguese, Russian, Spanish, Tagalog, and Vietnamese. See
7 Gov’t Code §68560.5. As a practical matter, many attorneys use noncertified interpreters for depositions. In the absence of an objection by opposing counsel, a court is unlikely to intervene, but a court likely would require a certified interpreter if the issue were presented prior to the deposition, or if opposing counsel preserves the record with a proper objection. The certification issue may trap the unwary in international litigation if opposing counsel preserves the record with a proper objection. For example, if a deposition is taken in a foreign country through the use of a non-court-certified interpreter, and a proper objection is made, the deposition testimony may not be allowed at trial. Since the out-of- state witness would not be subject to the subpoena power of the California courts, the witness’s testimony may be unusable. See Code Civ. Proc. §1989.
8 See http://www.courtinfo.ca.gov/program/courtinterpreters for a list of certified interpreters.
9 See People v. Roberts, 162 Cal. App. 3d 350 (1984); People v. Estrada, 176 Cal. App. 3d 410 (1986).